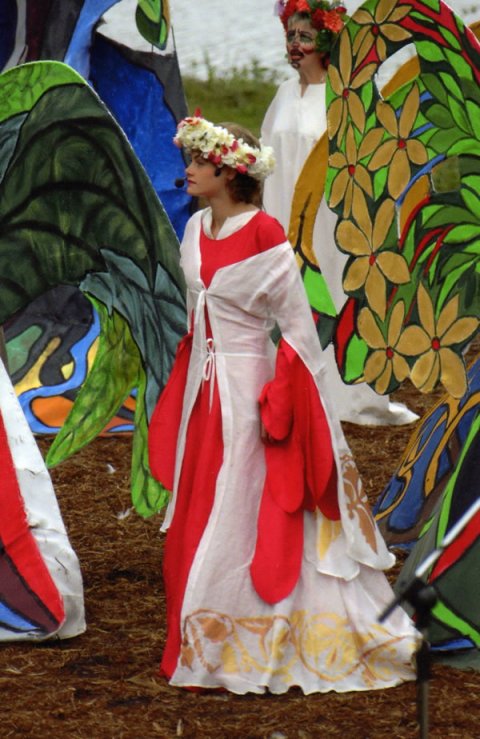 Romantic and funny ambiance at the Mortemer Abbey for Aucassin and Nicolette show presented by Vytas Kraujelis with his actors troop, under the Abbey Medieval Festival of representation. The public discovered with surprise and delight the incredible story of the impossible love of Aucassin, the son of an earl (played by Vytas Kraujelis) and Nicolette, a young slave came from a foreign land (played by Helen Fiquet) very fond of each other but separated by multiple episodes. 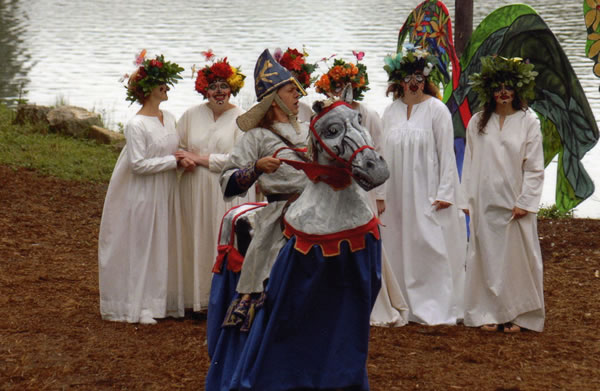 This fable sung the 13th century is moving funny, strange and fantastic.
Aucassin in the mysterious forest.


Characters, often close to caricature are lost in a giant and colored trees forest. Turning decor shows in turn the castle walls that open to surprising even grotesque characters installed in their luxurious interior.

The public has been rocked with laughter at the arrival of Aucassin on his steed, laughter and amazement have gone on when shepherds arrived with their sheeps, and when curious belly dancers appeared at the party in the castle. Curiosity and disbelief went through the ranks of spectators when the soothsayers have opened their magical grimoire that ignited ...


Adults and children have succumbed to the magic of the stage, it was truly one hour fifteen of happiness.