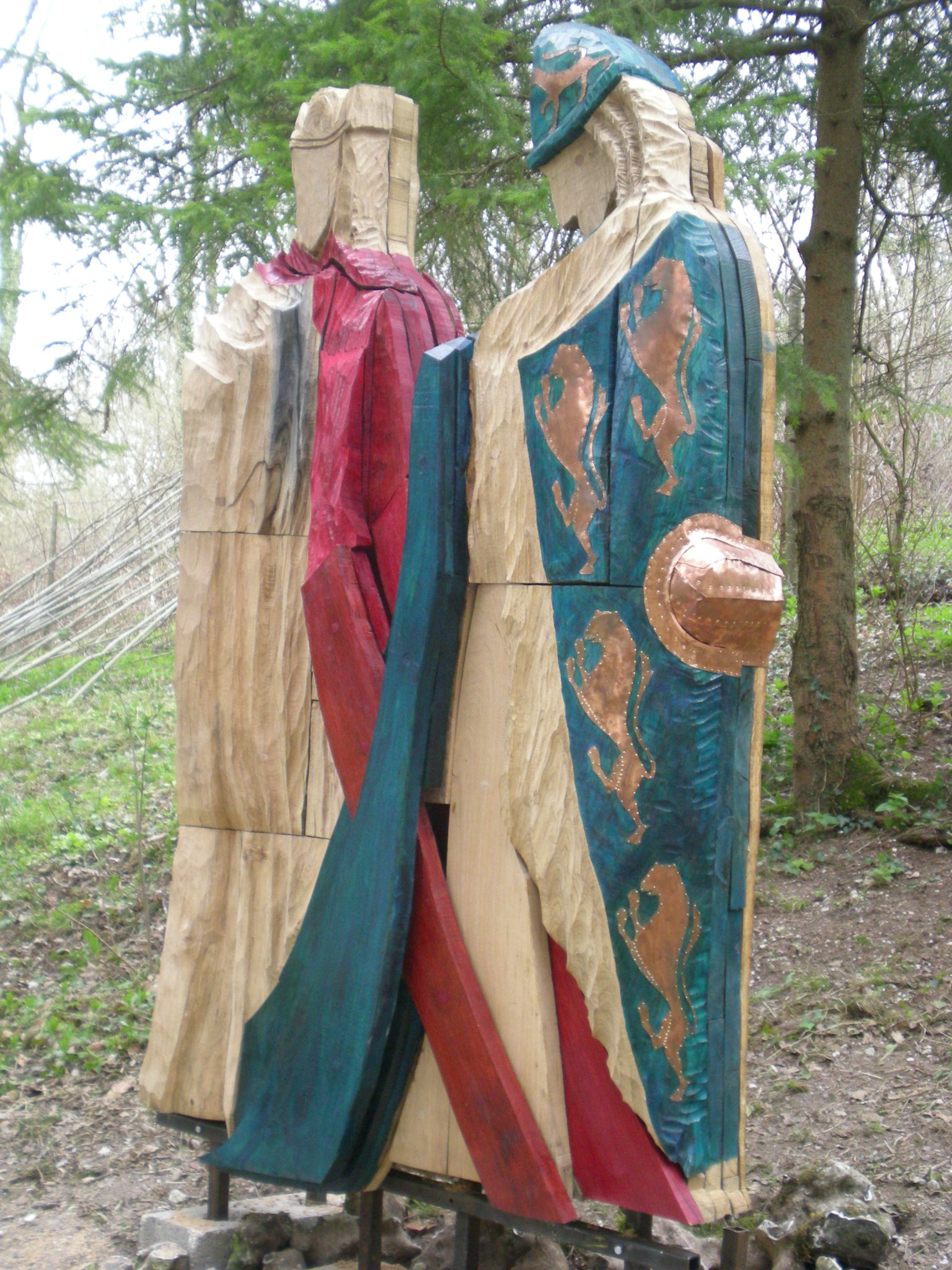 The Mortemer Abbey, Cistercian Abbey, which is recognized as an Historic Monument, was the largest of Normandy.
Founded in the twelfth century by Henri the first Beauclerc, son of William the Conqueror, it has now in addition to its prestigious ruins that stand in their bucolic setting in the heart of the forest of Lyons, an additional advantage: the path of the Normandy Dukes.
For the first time, thirteen Normandy dukes and two duchesses are represented by a sculpture.

Each of these sculptures calls to mind the most striking character of an historical figure, and stands majestically along a wooded path that twines around the ponds.

Created by Vytas Kraujelis, they are an assembly of pieces of carved and pegged oak wood.

Near to the statues, crosses represent the ducal family, legitimate wives, and important figures of the ducal Normandy History.

It is not an imaginary cemetery. Crosses are just there to represent these historical figures who were Catholic Christians, and benefactors, which were supporters of the Church. Crosses are cast from French production in the early twentieth century, these are crosses who have never served.
Now, the Dukes and Duchesses of Normandy symbolized by these sculptures are present at the Abbey of Mortemer.

They were created there, in the Normandy duchy, to commemorate their greatness, for posterity: